I am a lawyer, a ferocious reader who also loves to write. Expect some book reviews, storytelling and more…

My first thought when I was landing in Noumea was that I was a very lucky girl. Living in Australia has allowed me to go to places in the pacific that otherwise it would have been impossible for me to visit. First of all, because I would not know of its existence and second, it would be on the other side of the world, which would have make it unaffordable and a complete crazy adventure.

But there I was, getting off the plain and being welcomed by an extreme hot, humid weather. I love this type of whether where you can just get off of you extra jacket and feel free to enjoy the nice breeze. New Caledonia is a French island in the middle of the Pacific Ocean, so it was understandable that most of the tourist I saw in the airport were French.

I could feel the salty smell of the ocean since I entered into Noumea, the main city of New Caledonia. Its tropical environment was an invitation to go for a cocktail, which we did as soon as we met our friends and family who live there. Restaurants and bars are packed all the time, as it is a festive place all year round. In Noumea you can see a great mix of cultures, from the French to the Kanaks and other native communities, who share the island with all it has to offer. Although New Caledonia is a French territory since 1853, a referendum will take place in two years, asking the native communities and the settlers before 1998 if they want their independence from France.

After expending some days in Noumea we took a plane to Maré, a tiny island half an hour away, with the most beautiful waters I could ever dream to see. Maré is populated only by native communities who live in huts, and share their land with other family members. Our first welcomed in Maré was by Ernest, who drove us to the hotel. He was an employee, but the land in which the hotel was built belong to his family. Ernest and his family receive rent for the land and in a couple of years they will administrate the hotel as it was agreed when it was constructed a couple of years ago. Our room faced the ocean directly and only with two steps from our door we got into the deepest blue marine colours. Being alone with my family on the beach immerse me in my own happiness, my very own adventure of the Blue Lagoon film. 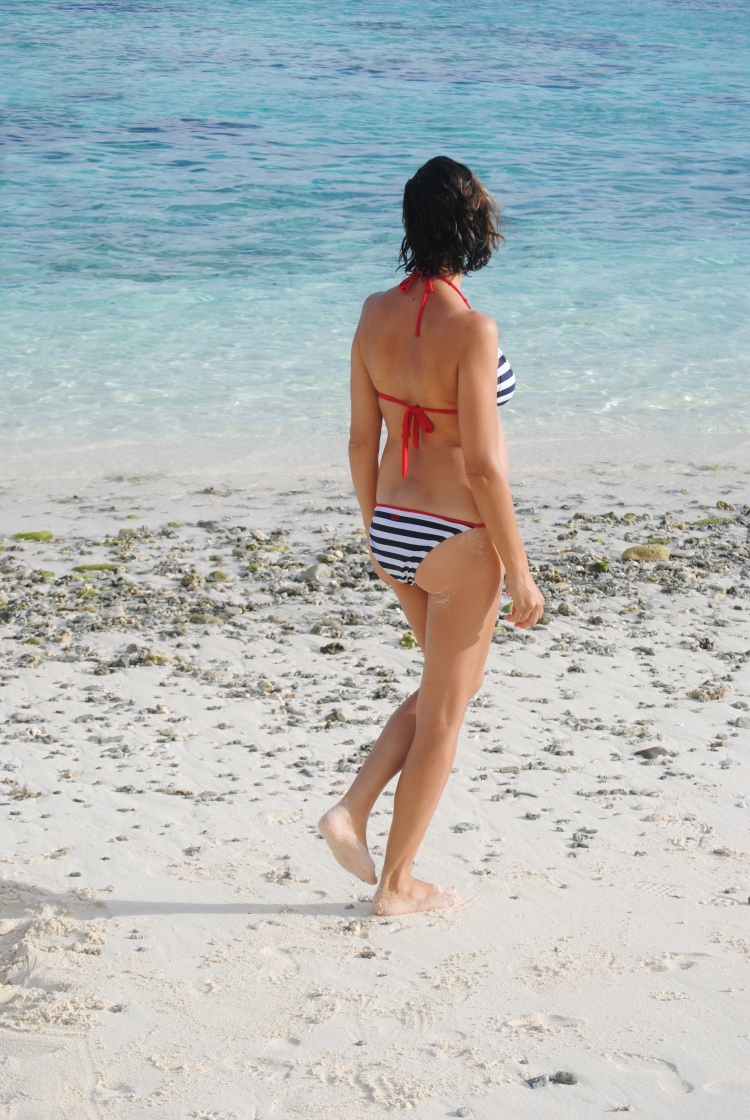 This landscape contrasted with the lack of everything in the rest of the island. The communities in Maré subsist from agriculture, animal breeding and fishing, although on a very low scale. Looking inside their own plots of land I saw no cultives (just a couple of hens) and acknowledging that there were only one or two stores to buy food (Most of it out of date), I realised that subsistence in the island was difficult. It surprised me that although there were not many material things, infrastructure was good, everybody had a car and a phone with internet and churches were big and impotent compared with their little huts.

This did not interfered with the mood of Maré’s inhabitants who were smiling and saying hello all the time and everywhere. I guess we are used to abundance and for us is unthinkable to leave with that little, but those people enjoy time together as a family and support their own communities in every way they can.

After saying good bye to Ernest when he left us at the airport we headed off to Ile des Pins, named as such by Captain Cook in 1774 when he discovered it (before the French arrived). The island is full of Pines and tropical vegetation and as same as Maré, the white beaches and blue waters were a very distinctive characteristic. But the  Ile de Pins is more populated, also by the Melanesian Kanaks and there are 3 or 4 hotels and much more of a commercial life. I was still impressed by all the churches around the island. The Kanaks from Ile de Pins as well as Maré were evangelised in the 1870’s, erasing in part their own belief system of ancestor and spirit worship.

The tour around Ile the Pins was very interesting, learning about religion, culture and food. But the best part of this trip was having a beer while seeing the most beautiful sunset ever.

A couple of days after we went to Noumea to say good bye to our friends. After we headed off to Sydney and back to work. Forgetting New Caledonia is difficult but coming back to this amazing city makes the holidays hungover easier to manage, and this is happening in autumn, my favourite season of the year. Life is good!

No matter which day and from which angle you look at this bridge, it will always be breathtaking!
English below ✍️
Sunny morning and a bit of reading! 🎈
Español abajo ✍️
Español abajo ✍️
English below ✍️
Loading Comments...
Comment
×
<span>%d</span> bloggers like this: